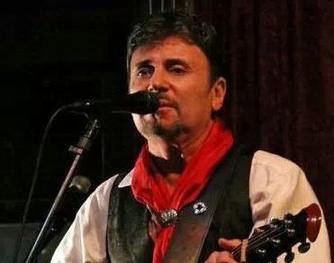 Ron is a multi-award winning singer/songwriter/guitarist with a deep distinctive vocal quality that will capture your attention.

He is originally from St. Petersburg,  Florida, he has lived in Los Angeles, California since 1976.

Ron credits Marty Robbins as a major influence on his writing.  Since 2008, he has written and produced five CD s of original material: Silver Screen Heroes and Other Legends, Into the West, Borderline Career and Outside the Fence, and No Place Left to Go.  Available on CD Baby, itunes, Spotify, and Google Play.

In February 2020, Ron released his latest CD...No Place Left to Go, a collection of 13 original songs and one cover of Ian Tyson's classic "La Primera!" It is a mixture of Cowboy, Country, Western Swing, Americana and Rockabilly. Recommended by Rick Huff in his Best of the West Review in The Western Way Magazine.

In October of 2021, Ron released a digital single of "Down the Rio Grande," a Tom Russell song. In July 2022, he released a digital single of "Dust of Los Angeles," a Dan McCorison song. While remaining respectful to the vision of the original artists, Ron has put his signature sound upon the covers of these two great songs. He is currently working on a new album which will be released in the Summer of 2023.