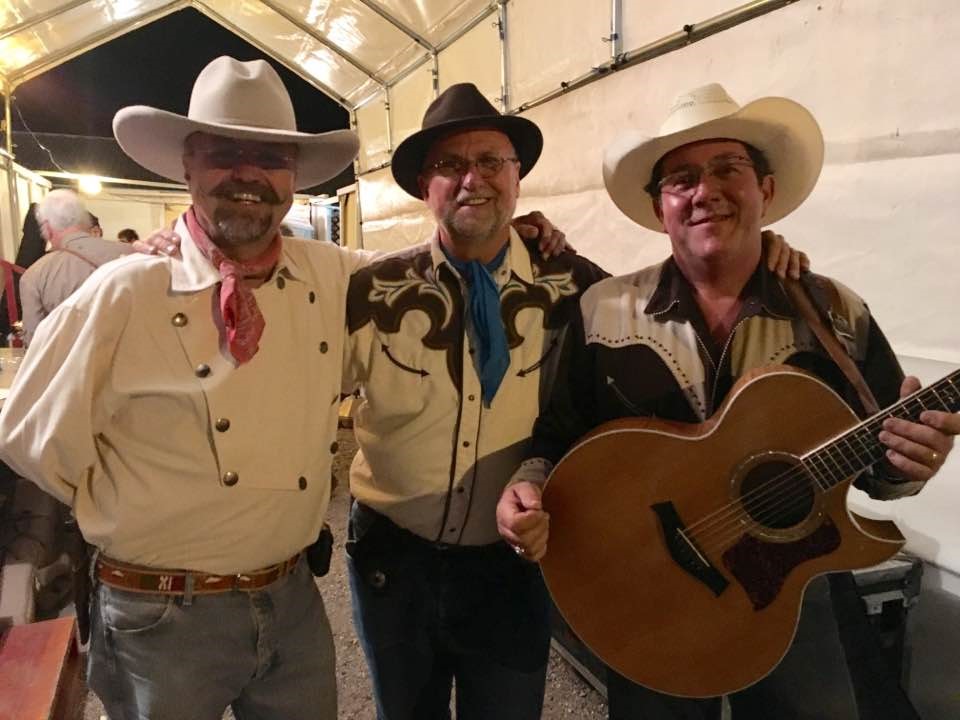 3 TRAILS WEST is named after the three famous routes to the New Frontier which originated in Kansas City; The Santa Fe, California and Oregon trails.  Brothers Roger and Leo Eilts who head up the six-piece ensemble are true sons of the Kansas Soil, and proud of it.  Along with their Pal Jim Winters and the Trails Hands Orchestra (Marvin Gruenbaum, Ken Lovern and Bill Dye) they pump out enough energy to jump start a Mac Truck.  Tight three-part harmonies backed by legendary Kansas City instrumentalists, the band takes no prisoners and delivers the goods.