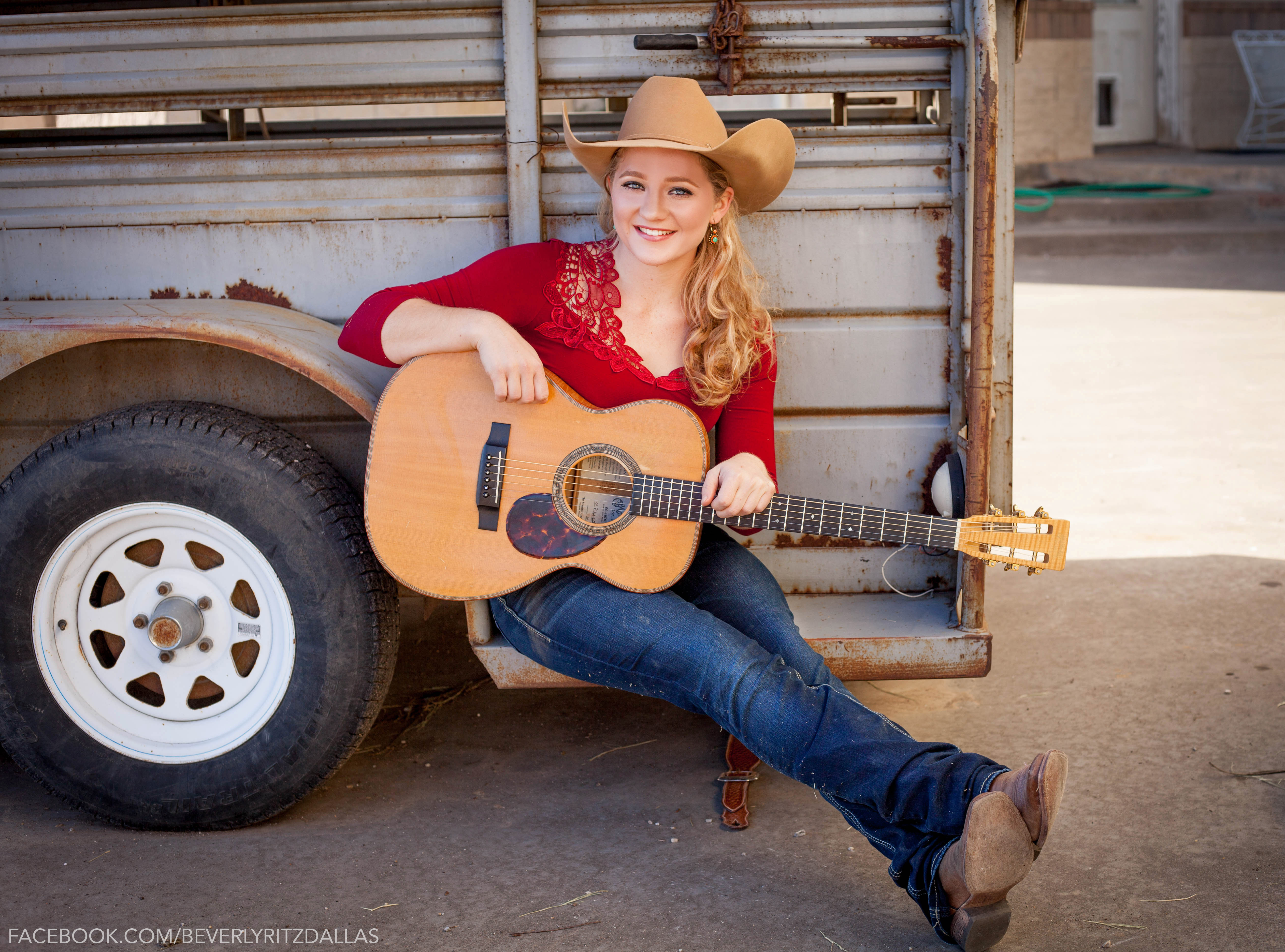 Kristyn Harris, a Texas-bred musical powerhouse, is the 3-time currently reigning International Western Music Association Entertainer of the Year (2016, 2017, 2018), and the youngest person to have received this honor. Her powerful voice brought her all the way onto the 2018 season of ABC’s American Idol, where she sang and yodeled for the judges. This voice is complimented on stage by her swing guitar playing, songwriting, and energetic stage presence.

Now 25, Kristyn tours across the U.S. and internationally. When she’s not playing music, her passions find her trick riding, training horses and raising cattle, which inspire some of the music she writes. She is also influenced by classic western and western swing music.
Kristyn brings joy and passion to her music. She was awarded the 2017 Ameripolitan Music Awards Western Swing Female Artist of the Year and named the IWMA Female Performer of the Year in 2014, 2015 and 2018. As one venue put it:
"This bundle of energy and talent is 'the rage' on stage from the east coast to the west and if you can stay seated when she finishes her performance you're prob'ly 'bout ready for the grave."