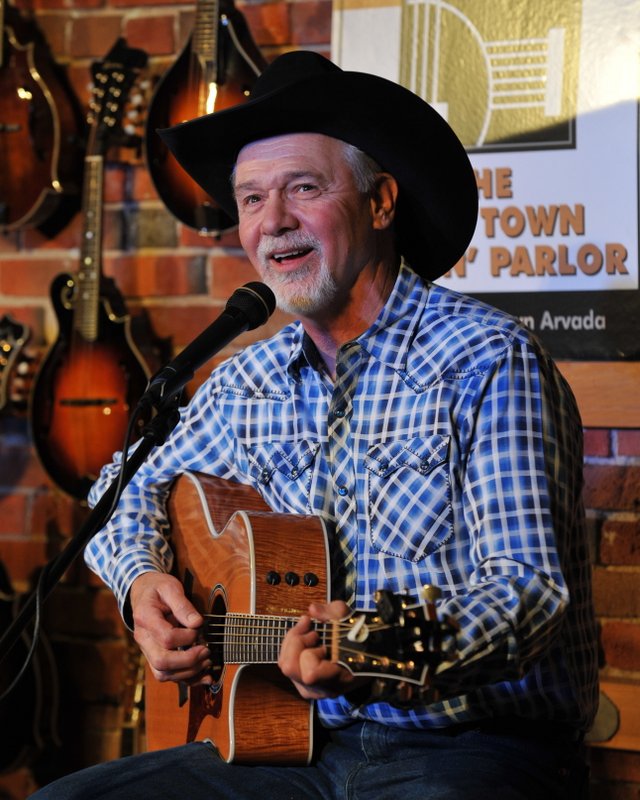 Jim Jones, the Western Music Association’s 2014 Male Performer of the Year and winner of both the Academy of Western Artists 2016 Western Song of the Year and Western Writers of America 2013 and 2017 Spur Awards for Best Western Song, is a storyteller.  His songs and books are about the West…cowboys, horses & cattle, cattle rustlers, the coming of the train…songs about people and land, rivers and mountains, the beauty of the Western sky.  Jim has produced ten Western/Folk albums and three award-winning children’s character education videos.  His Western novels include the Jared Delaney series, Rustler’s Moon, Colorado Moon and Waning Moon, as well as spin-off series including The Big Empty (2016) and The Lights of Cimarron (coming in early 2019), published by Five Star Publishing.  Solo albums include “Race with the Wind,” 2015 and “Headin’ Home,” 2018.  He is also a member of The Cowboy Way Trio whose first CD, “The Cowboy Way,” won the 2017 Western Heritage Award for Best Traditional Western Album and received the 2017 Western Music Association Award for Traditional Group of the Year. Their second album, “Go West” is being released in Fall, 2018.