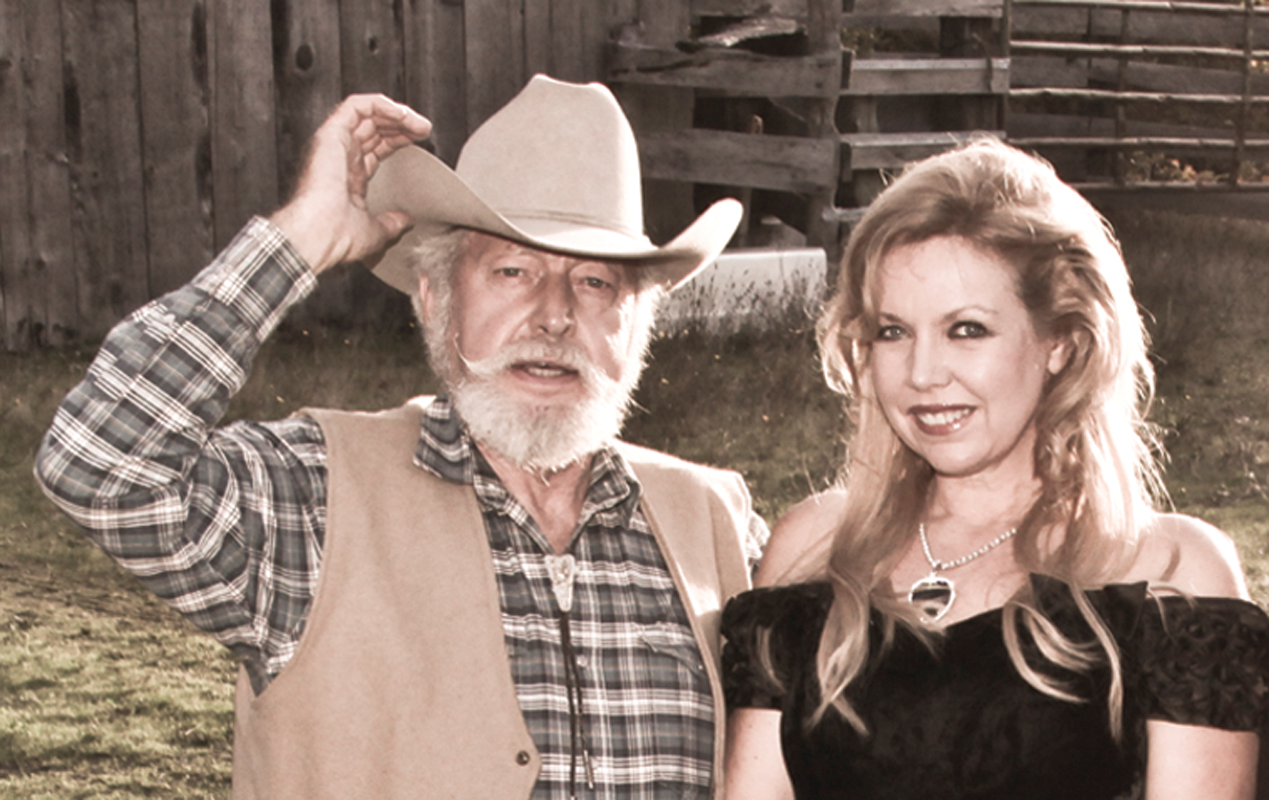 Christina is known to her peers as a “Trobairitz,” the 12th century women songwriters who bore that name, and she carries on the musical legacy of her ancestors including her grandfather Irish tenor and National radio personality Ronnie Mansfield.  Christina’s powerful lyrics, haunting Celtic voice and lush arrangements have moved audiences to feel the power of the story.  Stories told through seven CD releases including Velvet Bleu “Rhapsody” (1995 pop/rock duo Velvet Bleu), “Capistrano” , Oh Oregon, “Songs of the American West”, Christina Lynn Martin “Centerstage”,  “Home on Cougar Mountain”, “Romancing the West-Leaving a Legacy”.

Butch was raised on a farm in Southern Illinois in ear shot of the steam engines heading West.   He eventually traveled to Wyoming where he bought a ranch and began breeding Morgan cow horses.  Success gained him favorable recognition with his peers. Riding his horses and working cattle out on the Wind River Range with friends and cowboys like Darrell Winfield, the number one Marlboro man, brought out Butch’s poetic side.   He began writing and performing cowboy poetry and music throughout the West with his band The Rogue Valley Riders, releasing a series of CD’s and founding his radio show Whittler’s Corner.

Butch and Christina, live in their log cabin on Cougar Mountain, in Southern Oregon amidst ponderosa pine, Cedar and fir with their mules and Indian Dog Feather, 3 cats and standard poodles Sadie and Duke.  They enjoy being serenaded by coyotes and the scream of the red tail hawks and from their peaceful home base in Oregon, they host Whittlers Corner, produce their annual Christmas television show, set out on tour with RTW and treasure spending time with their family of over 65 children, grandchildren and greatgrandchildren.