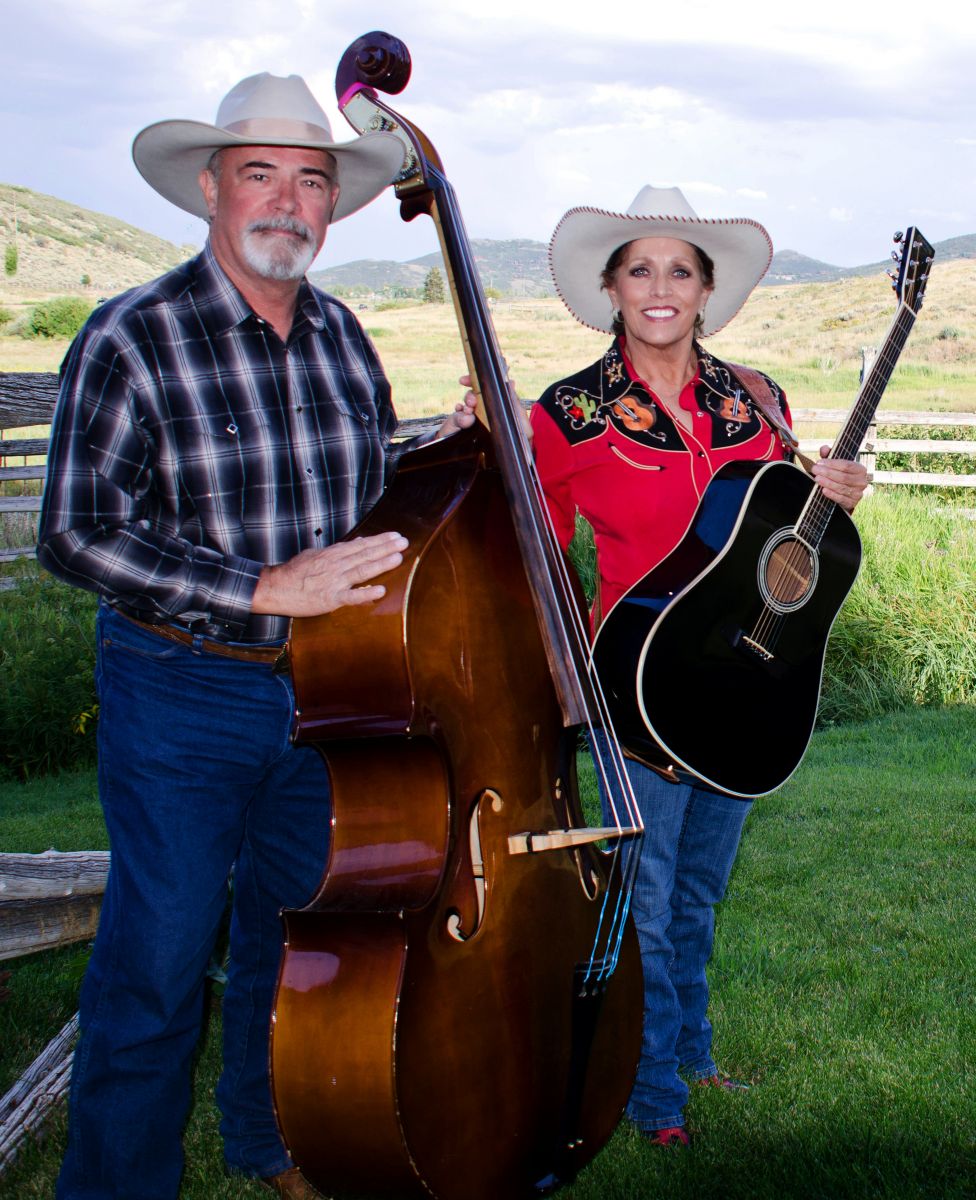 From West of the freeway in Northern Utah comes Western Music Association (WMA) performers, STAMPEDE! , a multiple award winning  Western music duo that brings good music, classic and original, harmony, humor and just down right good fun to the stage.  From state fairs to county fairs; large gatherings to small neighborhood BBQs, STAMPEDE! delivers the absolute best every time and will leave you laughing or crying but you’ll go away knowing you have been entertained by one of the best groups in Western Music today. The group is made up of the husband/wife team of Steve Taylor, “The Safest Driver in the West” and pretty darn good on that upright bass and Terri Taylor, dubbed “The Epiglottis Goddess” and labeled “a Triple Threat” by Ranger Doug of Riders In The Sky who also gives her credit for being the inspiration for his song, “Jessie, the Yodeling Cowgirl” from the movie, Toy Story 2.

Terri is a 2 time award winning yodeler and an award winning singer/songwriter and received the Song of the Year Award from the WMA in 2005 for her song titled, “Colors (of the West)”.  In 2006, she was listed in the Top 5 for Collaboration of the Year between poet and musician with Curly Syndergaard for “Where the Wild Horses Run”.  In 2009 and 2010, she again made the Top 5 in the Song of the Year category for her song, “The Wyoming Waltz”. Several of her songs have been recorded by other artists including Horse Crazy, GT Hurley, Judy Coder and others.

They have also been honored in their local community by the American Red Cross, The Veterans of Foreign Wars and the Boy Scouts of America

STAMPEDE!  has been performing since 2000 on stages across the country in venues coast to coast and border to border and in Canada and has been going strong since then averaging well over 300 performances a year. They have opened for major headliners including Riders In The Sky, Roy Rogers, Jr., The Sons of the Pioneers, Dan Seals, Rex Allen, Jr., Wylie and the Wild West, Baxter Black, Red Steagall, Bill Barwick, Don Edwards, Waddie Mitchell, Belinda Gail, Suzy Bogguss, Gary McMahan and Dave Stamey. They have headlined in major shows in every state in the Intermountain West.