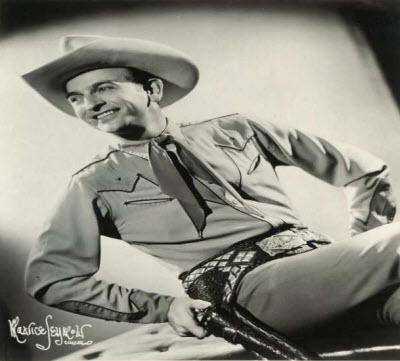 His recording career began in 1939 and spanned a score of years, on labels such as Vocalion, Okeh, Capitol, Columbia, and Kapp. His most popular recordings, "I'm Thinking Tonight of My Blue Eyes" and "Christmas Island," were novelties, but a large percentage were Western, including one of Columbia's first long play albums, HL-9013 - Songs of the Saddle: traditional Cowboy Songs, issued in 1949. The album, like the other albums in that first series, was a 10” LP containing eight songs: “Home on the Range,” ”Red River Valley,” “The Strawberry Roan” ”Little Joe the Wrangler,” “Bury Me Not on the Lone Prairie,” ”The Cowboy’s Dream,” “I’ve Got no Use for the Women” and ”The Old Chisolm Trail.”

Atcher was host of numerous network broadcasts out of Chicago, a long running children's show ("Meadow Gold Ranch") and was host of the National Barn Dance during its television years. As his performing career wound down, he became mayor of the Chicago suburb of Schaumburg from 1959- 1979.