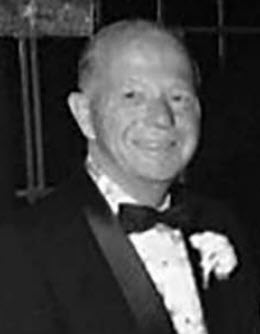 Glenn Spencer co-somposed a number of Western standards with his younger brother Tim, e.g. “That Pioneer Mother of Mine,” “We’re Headin’ for the Home Corral,” “When the Prairie Sun Climbs Out of the Hay,” “Yippi-Yi Your Troubles Away,” “The Cherokee Strip,” “Down the Trail,” “Long About Sundown, “Moonlight Melody,” “The Prairie Sings a Lullaby,” etc. These, along with the following 10 compositions he wrote alone, assured him a prominent place in Western Music history: “Blue Bonnet Girl,” “Hill Country,” “Yippi-Yi, Yippi-Yo (Born to the Saddle),” “I Love the Prairie Country,” “I Belong to the Range,” “Santa Fe, New Mexico,” “So Long to the Red River Valley,” Sagebrush Symphony,” Blow Wind Blow,” and “It’s a Cowboy’s Life For Me.” He wrote many more, but these may be considered the cream of the crop.

Most of Glenn’s songs were composed in the 1930s for the Sons of the Pioneers to sing on movie soundtracks, radio transcriptions and commercial recordings. Some, like “Santa Fe, New Mexico,” were recorded in the 1940s. One in particular, “Gunsmoke Trail,” the theme from television’s Gunsmoke, for which Spencer wrote the lyrics became well-known later. Tex Ritter, Ken Curtis and Don Edawrds recorded Glenn’s version of this classic TV theme.

Spencer’s early songs were not recorded by the Sons of the Pioneers alone. In fact, some authorities consider the 1952 Capitol recording of “Blue Bonnet Girl” by Andy Parker & The Plainsmen to be the definitive version of that great song. And in more recent years, Glenn Spencer’s compositions have been kept alive through commercial recordings and transcriptions by the Sons of the San Joaquin, Riders In The Sky, Tex Ritter, the Reinsmen, Don Denning, Dick Foran, The Cass County Boys, Gene Autry, Don Edwards, Ken Curtis, Robert Wagoner and others.

Starting in Missouri, where Glenn was born on August 16th 1900, the Spencer family homesteaded in New Mexico and spent time in Oklahoma with Glenn later winding up in California. When little brother Tim Spencer moved to California, he first moved in with Glenn who was already settled there. Earlier, Glenn and Tim had enjoyed explring old trails in New Mexico. In those years, there were still ruts left bby the pioneer wagons heading West in the 1800s and the Spencer land was close to the Santa Fe Trail. The imagery inspired by these childhood memories was eventually reflected in their song lyrics.

While best known for his compositions, Glen Spencers’s musical talent was not limited to songwriting. He was a violinst and a pianist but a ttragic acciednt that occurred when he was trying to protect young Tim from a dynamite cap he was playing with limited his ability to perform from that point on. However, he was still able to play and compose music on the piano and could hear a melody, then sit down and write sheet music for it.

He also had a fine singing voice and, with four of his brothers including Tim, formed a vaudeville singing group in the 1920s, early 30s called The Spencer Brothers. Later, although he was not a member of the Sons of the Pioneers, he played an important role in helping the Pioneers with some of their vocal harmonies in the 1930s before Lloyd Perryman joined the group. The Pioneers often rehearsed at Glenn’s house. He continued this kind of arranging with Ken Darby’s Singers & Choir years later. Glenn passed away in Simi Valley, California in December 1970.