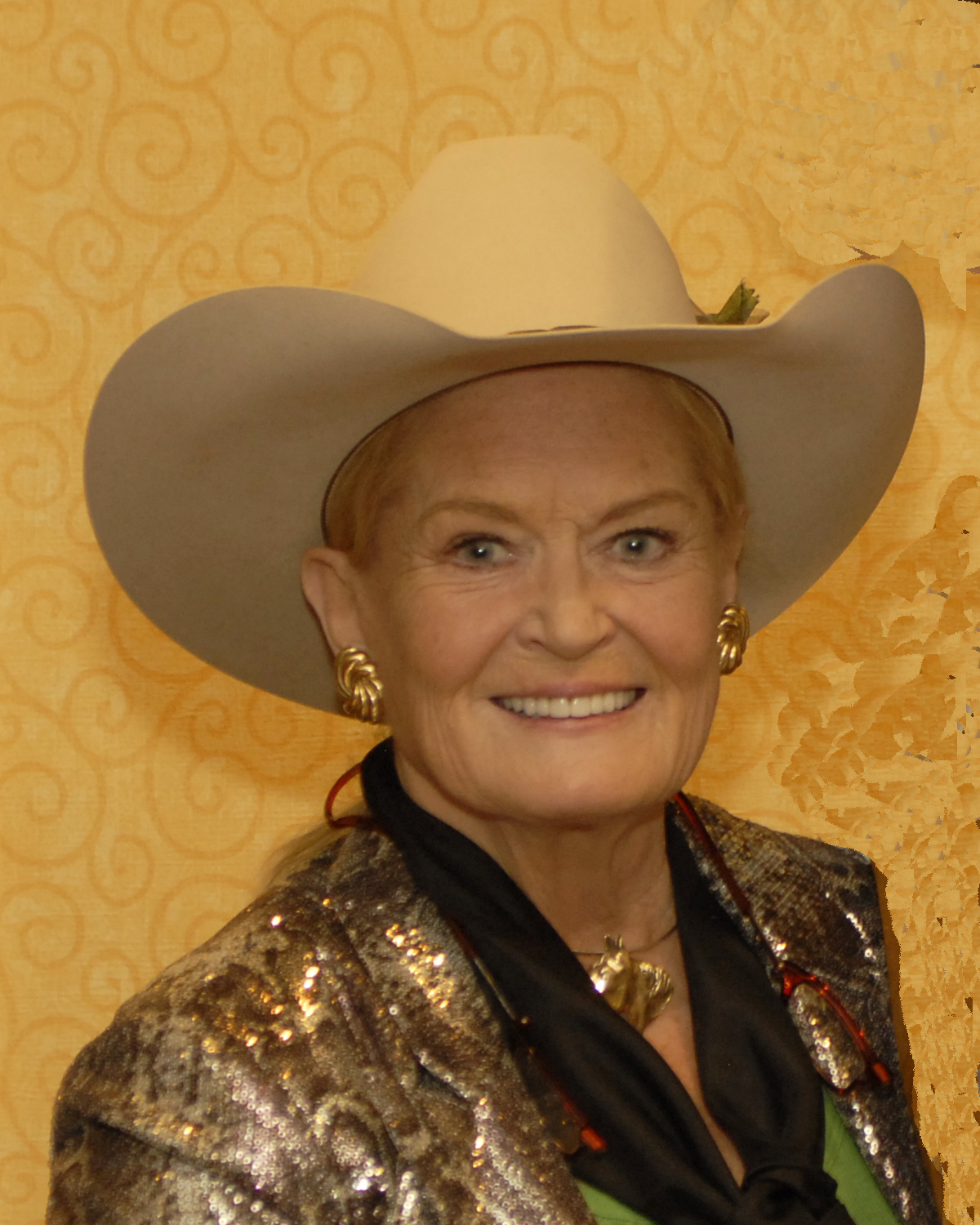 Early in her career, Lynn Anderson became a country music super star. Her first hit record was “Ride, Ride, Ride,” for the Chart label, but then she recorded 11 #1 chart hits and 18 Top-10 hits for Columbia. She won a Grammy and was named “Top Female Vocalist” by the Academy of Country Music twice and “Female Vocalist of the Year” by the Country Music Association (CMA). And she was Billboard’s Female Artist of the Decade (1970-80). Her early national TV exposure as a regular on the weekly Lawrence Welk Show brought her music to a wide audience and paved the way for becoming a crossover star, just as pop singers and big bands had brought Western music to new audiences decades before. And just as Western music legends Gene Autry, Roy Rogers, Dale Evans and others had done earlier, she recorded more than country music alone; she had a big hit early on with a Bluegrass classic, “Rocky Top,” and late in her career, recorded Gospel music. One of her Western CDs, COWGIRL, won the prestigious Wrangler Award from the National Cowboy Hall of Fame in 2007.

Her mother was the legendary Liz Anderson, and Lynn benefitted from her mother’s song-writing skills, especially in the Western genre. She also teamed up with friends in the International Western Music Association (IWMA), recording their compositions and inviting them to record with her.

Born in North Dakota and raised in the West, she was an award-winning horsewoman, winning 16 National Championships and 4 World Championships, opening the door to yet another audience for her Western music. And she bred horses, including American Paint Horse Foundation Hall of Famer, Delta Flyer. In addition, she was involved in therapeutic horse-riding programs for disabled and troubled children.