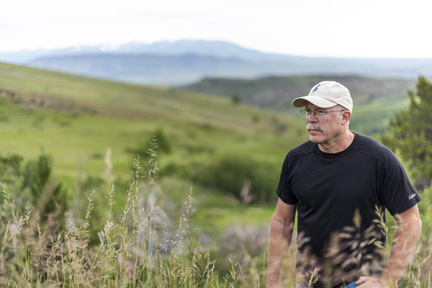 John’s first endeavor on the guitar was to learn John Denver songs, but upon meeting a classmate that played the banjo while in high school, he was bit by the bluegrass bug.  While he still enjoys playing bluegrass, his tastes have expanded to most types of acoustic music.  John is in great demand as a teacher in the US, Canada, Europe and the UK, and travels abroad to all those countries often to teach at music camps and to tour.

John’s song’s have been recorded by several groups, most notably his song about love gone wrong in the Old West – Sarah Hogan.  He’s played on Garrison Keillor’s radio show A Prairie Home Companion with his duo The Growling Old Men.  He’s played on the Grand Targhee stage for several years with his band Kane’s River, the Telluride stage with Loose Ties, and at the Vancouver Folk Festival with the John Lowell Band.