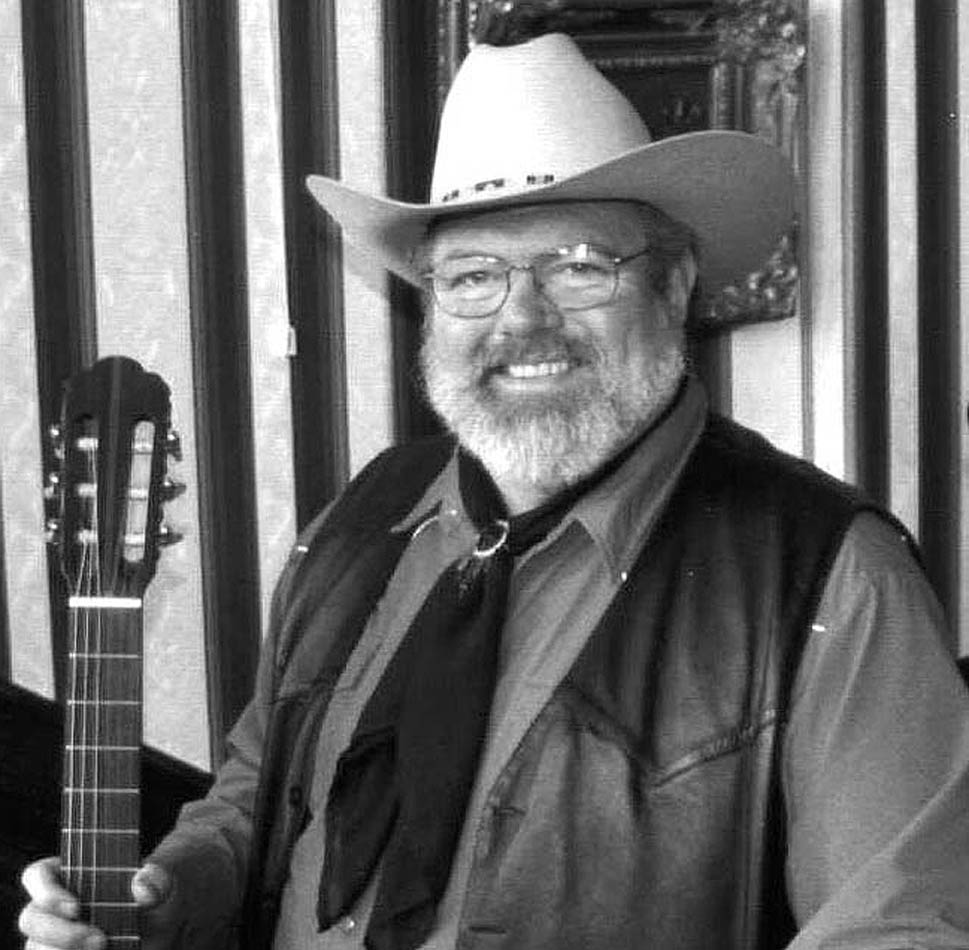 The dynamic vocals of Skip Bessonette have entertained thousands throughout the years.  Skip began his musical career playing in local Oregon rock and R & B bands where he was featured as the lead singer.  During the 70’s and 80’s, Skip was known for his "one man band", which he performed in many resorts and hotels throughout west.  Skip became well known for his versatility, moving easily from love songs to rock and roll, and country to show tunes.  His vocal range, richness and delivery have made many “evenings to remember” for thousands of fans.  During this period, he produced his first record album "Live at the Ship-A-Shore".

Since the 1990’s, Skip has revisited his pioneer family’s roots and values, rediscovering a love for western history and culture, those traditional values so important to him.  Today his shows feature Western folk songs, gospel favorites and show tunes depicting western heritage. His first cowboy CD, “Ghost Ridin’ and Other Cowboy Pleasures” contains many of the songs which he performs today in his shows. Skip teamed up with poet/singer Butch Martin in 1997 forming the group Sons of the Oregon Trail.  Skip and Butch performed with many headliners in concert and produced CDs and videos of cowboy songs and poetry.  Those albums included: “Saddle Songs and Campfire Tales”, “Carretara de la Sombra”, “West on Faith”, ”Country Christmas” and “Trails Well Traveled”.  The videos were called “Oregon Campfire Trails”, “Sons of the Oregon Trail Live at the Rogue Theater” and several made for television Christmas Specials.

Skip now performs most of his concerts as a single in churches and other venues.  At times, he teams up with Syd Ainsworth (guitar, synthesizer and horns).  Skip’s newest "Indi" albums are called “Hard Workin’ Man”, "Traveling Cowboy Band”, "An Evening With Skip Bessonette", and a new sacred CD that is being recorded.  All CD albums are available on the website.

Recently, Skip has partnered up with Donald "Lucky" Dougherty to produce an Internet radio show called "Rogue Valley Bound Show".  It can be heard on www.earsradio.com and features Western Folk Music and Honky-tonk.  We bring together the best of both genres utilizing our varied backgrounds. We like to feature music from new and seasoned performers mixed with a little of our own in each show.  Please submit your CDs to us for consideration at: Rogue Valley Bound Show, c/o Skip Bessonette, 2395 E. McAndrews Rd., Medford, OR 97504