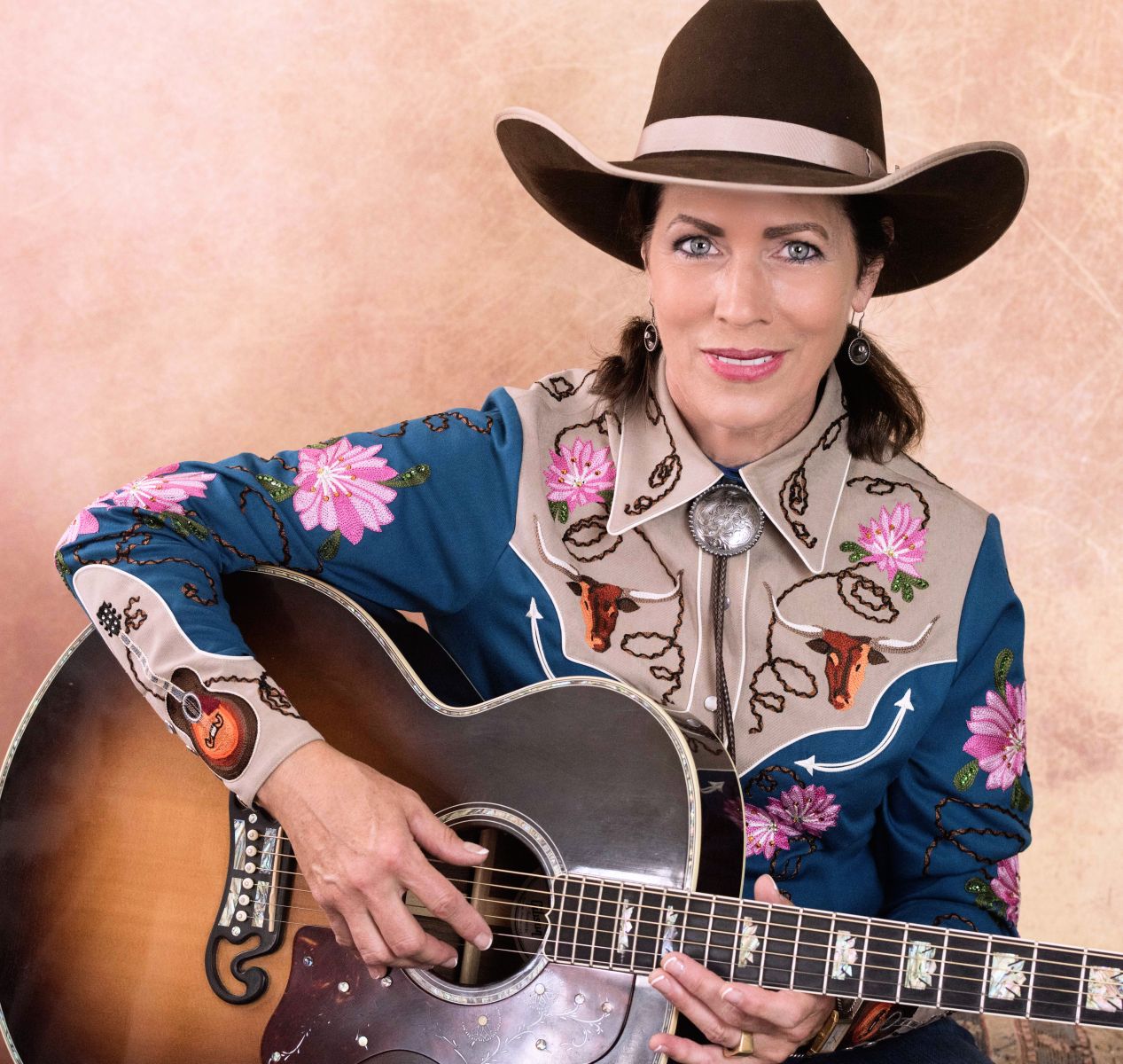 Almeda Bradshaw is one of Montana’s talented Western singer/songwriters. Her love and appreciation for the cowboy life comes through in heartfelt expressions of the west. A lifetime of writing and music places Almeda's work above the ordinary and with clear vocals, compelling stage presence and accomplished musicianship, she is guaranteed to be an audience favorite.

Almeda raised her family in north central Montana along with showing performance horses, finishing hogs, running 150 mother cows and operating a seed and feed business. She and her husband, former Marlboro Man, Merritt Bradshaw, now live on the Yellowstone River in Huntley, Montana where he trains rope horses and she manages everything else!

A multi-instrumentalist, Almeda studied violin, cello and piano through college, has a BA in Elementary Education and is self-taught on the mandolin and guitar. She taught dozens of students of all ages to play stringed instruments in her Room for Music Store & Studio in Big Sandy, MT.

Almeda has written poetry, journals and songs since her teen years and has been performing throughout the west for over two decades with three albums of original songs and poetry to her credit. Voices From the Range: Almeda Sings the Poetry of Rhoda Sivell (2010), A Way of Heart: The Big Sandy Years (2010) and Lovers, Wives and Mothers: A Western Woman's Voice (2015). Her most recent release is an EP titled TRIBUTE (2017).