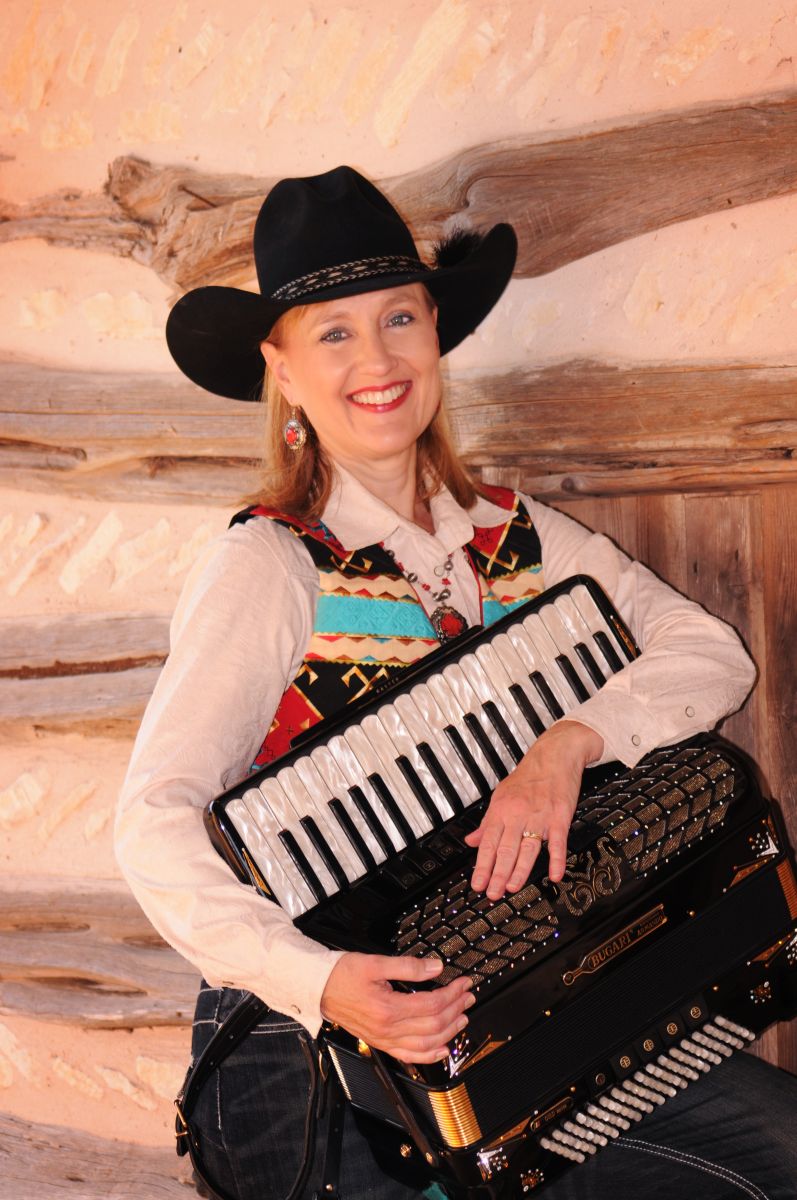 Lori Beth Brooke is an accordionist, yodeler, singer, and song-writer from Austin, Texas.  A native Texan with German heritage, she grew up on a dairy farm in Nordheim, just southeast of San Antonio.

Lori Beth started playing piano before she started elementary school.  Then, at seven she was finally big enough to hold an accordion and learned to play her first polka from the Palmer Hughes series.  By age 12 she was writing her own songs.

Lori Beth graduated with a B.A. in Music and a M.S. in Computer Information Systems.  She now works in the computer industry managing a database team for the data analytics division at an Austin-based company.

However, Lori Beth's true calling is music and during the past 20 years she has performed in a broad range of genres: classical, big band, German folk, country, and most recently, Western music.

Learning to yodel after college, Lori Beth has used this unique singing technique extensively in both German folk music and Western music.  In 2016 the International Western Music Association named Lori Beth Female Yodeler of the Year.

Lori Beth continues to write songs and believes that the Western music genre allows her to realize her full potential as both a songwriter and a  performer.